Over the past 6 months Volton has had the opportunity to work closely with many affected people and families in Zimbabwe and Zambia who are severely affected by constant and continual load shedding. Because Volton is committed to bring its social economic share to the party in the SADC (Southern African Development Community) we have taken it upon ourselves to come up with the best cost effective solution where by these affected people can be helped. It is mostly those that can hardly afford alternative solutions who need it most.

During the long and extended load shedding that Zambia and Zimbabwe faces on a daily basis the most demanding appliance that needs to be powered is refrigeration. All others are merely a nice to have, but in some cases, TV, decoders and computers are also required. The use of CFL lights (Compact Fluorescent Lights) “Energy Efficient Lamps” has very little power demand an one can power these without any noticeable effect on the system wattage. 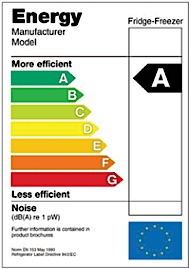 We needed a way to overcome the refrigerator problem since the industry depicts that refrigerator will only run successfully if the Inverter is of a Pure Sine Wave type. “Pure Sine Wave” Inverters are very costly and some models can be as much as four times the price of “Modified Sine Wave” Inverters. It is really not the shape of the wave that has anything to do with this problem. The primary problem lays in the surge resulting from the start of the motor turning the compressor (Modified Sine Wave Inverters DO NOT LIKE THIS). The secondary problem is in the design of the inverter. Pure sine wave inverters are of an analogue design and relies on heavy duty transformers to effectively reproduce the AC (Alternating Current) that appliances require to run efficiently. Most Pure Sine Wave Inverters have a power factor of 1. Modified Sine Wave Inverters use switching electronics to simulate a stepped sine wave and is only about 65% to 85% efficient, thus has a Power Factor of 0.8 at best.

Both Pure Sine Wave and Modified Sine Wave Inverters would have worked to a reasonable level for refrigeration if it had not been for the countless “Start & Stop” cycles inherent in older type refrigerators. These refrigerators rely on thermostat control of turning on and off the compressor pumps to control the internal temperatures. Modern refrigerators since about 1990 have turned to become more energy efficient and used micro processor control to control the temperatures by running the compressor motor faster and slower adapting the temperatures. These refrigerators can be identified by the display of an energy rating label on the appliance. They vary from 140 KW/Hrs per year to 300KW/Hrs per year. These too do not produce the devastating surge currents required to start the compressor motors, but has a soft start eliminating the surge completely. 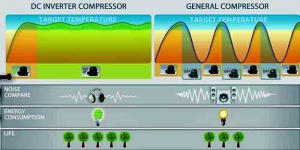 Contrary to the industry standard of not using “Modified Sine Wave” Inverters for refrigeration, Volton has conducted tests to prove that these refrigerators can in fact operate quite happily using a “Modified Sine Wave” Inverter.
Now, this changes the opportunity completely for providing a cost effective solution whereby, not only TV’s, Decoder, Computers and CFL Light can be powered by the PowerStash MK-II and PowerStash MK-III Plug & Play units, but energy efficient refrigerators too.

About the Author: admin